There is No Such Thing as Overtourism 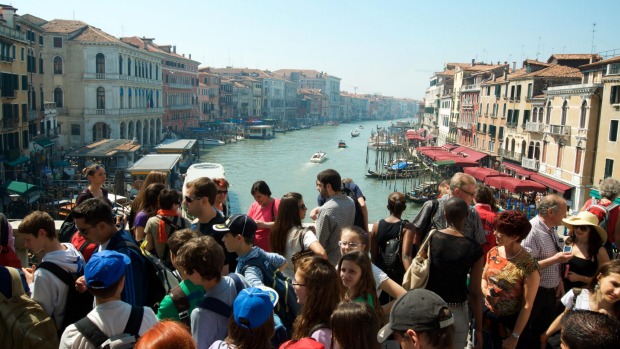 There is no such thing as overtourism. There is just tourism and our ability (or lack thereof) to suffer it.

There is no such thing as overtourism, and here’s why:

A little history. Overtourism is a term that was coined in 2016, immediately gaining traction and in some places becoming a common term.i Despite the term itself being in its infancy, researchers and authors have been investigating and discussing the negative impacts of tourism since at least the 1960s. So, the notion of asshole tourists, of tourist gentrification, and tourism overkill is nothing new.

Today, we just suddenly have a neatly-packaged keyword to reduce the incredibly complex and diverse consequences of leisure travel into one monolithic concept: overtourism. The word, unsurprisingly, arose at a time when the level of destruction wrought by tourism was at an all time-high, seemingly with no end in sight.

Next, let’s consider the prefix “over” or “under,” as in the aforementioned “overtourism” or “undertourism.” The former implies that there’s too much tourism, while the latter indicates there’s too little of it. A consequence of tourism in the places it converts, then, is that it can grow to become unsustainable, or that equally, it can contract to become unsustainable. A balance is required, or so it seems.

Overtourism has been on display for many years in places like Barcelona, Venice, Dubrovnik, Macchu Picchu, the pyramids at Giza, the Sphinx, Angkor Wat, the Great Wall of China, and on and on. There are countless other examples. Many of these places, today, need to be closed for extended periods in order to ensure their structural survival. Without a pause, they would crumble.

Undertourism, is much more rarely spoken of, in part, because it rarely happens. But, the biggest example of this would be what happened (and continues to happen) in tourist towns worldwide during the COVID-19 plague. Undertourism occurs when there are not enough tourists to support the tourism investment in a place (i.e. too many empty hotel rooms, too much competition, etc).

Spells of the Cultural Tongue

In the English language, we usually use these prefixes “over-” and “under-” to denote the growth or shrinkage of things we would otherwise deem acceptable into unwelcome territories. They describe things that contend with too much or too little: Overdose, overconfident, overrun, overstay, overdraft, overjoyed, overweight, overwhelming, etc. Undercut, underhanded, underage, undermine, understate, underrated, underling, underweight, underwhelming.

As in the tourism industry, the examples above tend to skew in intensity towards the “too much,” the “over.” Generally speaking, modern English speakers don’t appear, linguistically, to be at all tormented by a lack of something as we do too much of it.

The “over” and “under” prefixes, however, seem only to be applied to things that we, as a culture or collective, determine to be tolerable in the first place. Each prefix transmits a deviation in what is or can be tolerated. For example, when was the last time you heard a KKK member described as “overracist?” Why don’t we speak of law-abiding citizens as “undercriminal?” When was the last time you spoke of “underviolence” or “overcomfortable?” The “over” and “under” is only applied to those things we already understand as manageable or expected.

So, overtourism. “Overtourism” is clearly used to describe too much tourism, as if there is a limit or as if there should be a limit to tourism’s length or reach in a place. Surely, most would agree. Limits are the basis for which we can avoid outright catastrophe. They are the weight at the centre of our collective compass that stops us from spinning out of control and collapsing.

But consider this: there is no such thing as overtourism because tourism is already a limitless and limit-defying industry by its very nature. It trespasses against culture, against land, against the local, until each of these things is commodified and sold, until they can no longer be commodified or sold. All tourism is already overtourism for each of these pillars of life in a place.

Even if the term “overtourism” is spoken of critically, its very use permits the quiet assumption that what isn’t “over,” that whatever is understood as tolerable within tourism is both acceptable and the basis for having too much of it. Speaking of overtourism is also to speak to it, invoking its presence, and at least linguistically, giving tourism a free pass. It is an example of our sorcery of speech. It whispers that we only have to deal with the problematic “overtourism” because its foundation – tourism – is somehow in no way implicated in the rise of the former.

Overtourism arrives for a smattering of distinct and often compounded reasons, but it’s not a different form of tourism, it’s just more of it. And so, in the context of overtourism, tourism unveils itself as this agreement that begrudgingly exists between locals and foreigners, one coaxed into the world even by its critics.

Treating the Symptoms, but not the Cause

“If only tourism could be regulated,” shouts the sustainable-tourism advocate, “then the daily lives of locals wouldn’t be turned into a circus or a spectacle.” But these objections reveal more than their speakers otherwise would.

When locals and tourists and tourism agents argue for limits to tourism, when they argue for its reform instead of its renunciation, what they are saying is that smaller, less obvious levels of circus and spectacle are welcome. It is another way of saying that local people can and should continue to incur the debilitating consequences of tourism, just not all of them at the same time. Mitigating the fallout doesn’t remedy the fallout, it simply mitigates it. This is the problem-solving-culture treating the symptom of the disease and not the cause.

By using the word “overtourism,” we inadvertently and sometimes secretly greenwash tourism. The “over” creates a linguistic structure in our minds that says tourism deserves to be regulated or reformed. Moreover, this appears as honourable because “overtourism” as a concept cloaks our collective capacities to imagine different worlds, worlds without tourism, where something of depth and enduring consequence can be known and practiced across cultures. As a result, we palpably ignore what tourism does in order to focus on how much of it we have or don’t have or should have or shouldn’t have. Ascertaining how much cancer we have that won’t kill us and then using that as the benchmark for health.

Overtourism invites the mind into a world in which the vile and dire fallout of tourism should not be remedied, but made invisible. No different from any other modern industry trying to hide its tracks. If there was a remedy to this, it would not include tourism, at all.

So, maybe for now part of the remedy includes apprenticing our language so that we may inquire after and subvert tourism through the way we are taught to approach it. Working on the approach, before assuming we know what we’re approaching.

Overtourism is an oxymoron. Like its sibling sayings “sustainable” or “regenerative” or “ecologically-friendly” tourism, “overtourism” exonerates tourism as a whole because there is nothing about it that is or can be sustainable or regenerative. Its inverse, “undertourism,” is the perfect example: it says there is not enough tourism in a place. It whispers virulently that there must be tourism, that it is mandatory and inescapable. Overtourism whispers that tourism is perfectly fine, there’s just too much of it.