Your Host, My Story

In this mini-episode, I offer you a little bit about what brought me to court and conjure The End of Tourism Podcast. I speak to the dilemmas that touched me as a young person, about how a long lineage and period as a travelling tourist fed the ideas that you hear in these episodes, and how we might, together, come to subvert what's been and being done to our world, mostly unbeknownst. This is my story.

This is what my privilege as a tourist and, much later, my privilege as someone with the ominous ability to live somewhere else has granted me: something like meditations on the cost of living in our times.
Themes:
-

A Teenager in Toronto

A Decade of Backpacking

The Dilemmas of Subverting the Master's Tools

The Unauthorized Histories of Tourism and Wanderlust

Join the Conspiracy! Support us via Patreon @ https://www.patreon.com/theendoftourism

Your Host, My Story
‍

Welcome friends to Season Zero of the End of Tourism podcast. In these mini-episodes, you'll hear short transmissions speaking to the principles of the pod. We'll introduce you, our listeners to the themes and questions that will be woven into our conversations, a kind of primer on our politics. This episode is entitled "Your Host, My Story."
‍

[00:00:29] For this episode, we'll start with a short introduction, a little about me, your host for you, our guests and listeners. My name is Chris and I was born and raised in Toronto, Canada. My teenage years, like many unfortunate souls in our time, were lived alongside anger, resentment, and relative resilience, or maybe "alienation" would be a better word.
‍

[00:00:53] In the early 2000s, it seemed for me and my friends that the effervescent glow and promise of the world had dimmed along with whatever hope we had for it, and us. Drugs and alcohol were common and easy coping mechanisms for university and the working world. Eventually, I ended up coveting a different, more acceptable form of escape.
‍

[00:01:18] At 19, I went to Coachella to see my favorite bands, which was amazing and probably the last great version of the festival. At 20, I traveled to Peru to visit Machu Picchu and to drink ayahuasca for the first time. At 21, I wound up in the home of distant relatives in Australia, then road tripping with strangers in New Zealand.
‍

[00:01:40] This began a decade of severe and unwavering wanderlust. This was my new addiction and there was a recipe to it: work hard enough to travel for as long as possible before returning home to repeat the process. Working to live or something to that extent.
‍

[00:02:00] After almost a decade of this, I could see clearly the pattern I'd undertaken. The escape and the continued substance abuse, the grass always being greener on the other side, no matter how many times I switched sides.
‍

[00:02:17] At 30, I decided to move to Oaxaca, Mexico, in part, to escape my escapism. I know, right. I moved to a tourist city and here I finally realized that I just needed to be somewhere instead of anywhere, instead of everywhere. I needed to stay still and that I did and have been doing ever since.
‍

[00:03:01] I came to see first hand what tourism and yes, tourists do to a place over time. I came to see what I never could previously, jumping from destination to destination. I came to see how my time is as semi-permanent tourist was of deep consequence to the world and why I could never see that, previously.
‍

[00:03:26] Before I moved to Oaxaca, some friends had asked me how I would make money, to which I responded that well, since it was a tourist town, I would probably start a tour. Maybe a chocolate tour having worked with chocolate for a few years.
‍

[00:03:42]So that's what I did, but I very quickly realized how much I hated giving tours. Likewise, I very quickly realized how much I still despised the culture of tourism despite being smack in the middle of it, despite having been a tourist for more than a decade. If I was going to continue with tourists as my guests, I decided that the whole operation would have to be something that didn't just transcend tourism, but that would undermine it at the same time.
‍

[00:04:10]This of course, while trying to honor the subject matter. A tourist offering that has in it, ways of subverting tourism. Now, whether this is possible or not is still very much up in the air, but it will be a main focus of the podcast. Can tourism be improved or transformed or is sustainable tourism simply just an oxymoron, a way of greenwashing another inherently extractive and destructive industry?
‍

[00:04:43] Years went on. And what I later labeled as "sessions" became occasions to serve local lineage and ancestry. Despite this, we still only served tourists, mostly foreigners. While many guests were visibly and properly undone by what they learned with us, we never saw them again. We never knew if her radical work had any effect on the lives and in the lands of those who visited.
‍

[00:05:10] Moreover, we still appeared to be supporting a tourist model that fed the foreign at the expense of the local, no matter how profound and enduring that learning was. Sometimes we still take a chance on such learning, wondering aloud with our guests if that model can be properly subverted and how.
‍

[00:05:34]At the beginning of my time here in Oaxaca, I decided I would write a book about tourism and to be honest, I can't remember why or what I had in mind. All I knew is that I didn't want to write another masturbatory, faux-heroic travelogue. You know, the thousand faces of Indiana Jones. After four years, endless research, multiple major edits, and reworks I finally finished that book or so I think.
‍

[00:06:04]As I speak to you, it sits here beside me known to very few outside of my days, mostly because publishing today demands you have some manner of following. It demands you do all the heavy lifting.
‍

[00:06:16]So instead of a book, at least for the moment, we have a manner of deepening the conversation, of building networks of solidarity and sanctuary for those who have come under threat by this wolf in sheep's clothing. So that is what this podcast is, a way of recording the conversations that go unspoken, or at least rushed at the peripheries of our willingness to listen to them.
‍

[00:06:44] I consider myself honored and blessed with a responsibility of being able to host such dialogue, to seduce such solidarity among those who seek clearly and deeply the dire consequences of our wanderlust. This is what my privilege as a tourist and much later my privilege as someone with the ominous ability to live somewhere else has granted me. Something like meditations on the cost of living in our times.
‍

[00:07:14] In the last half decade, the tourist boom here in Oaxaca has caused rents to double, if not triple. Since the recent and short-lived bursting of that tourist bubble due to the plague, tourism has unveiled itself as a house of cards in this place. Likewise, it has done so in every other tourist destination in the world.
‍

[00:07:36]The books that I'm writing are about this very thing, the unannounced and unconsidered consequences of tourism and wanderlust, the ones we don't see and the ones we choose not to see. This podcast and the accompanying online communities it supports will be a place for these things to be considered, for well-wrought questions to be asked and a place where those questions might outlive the solutions hastily thrown at them. This will be an opportunity for all of you who have also wondered deeply about wanderlust and its effect on the world and what that all means and dies in a time of deep crisis.
‍

[00:08:16] Entitlement and expectation. Spectacle, the senses, and surveillance. Escape, exile, and culture. Responsibility, repair and nuance. Place and time and circumstance. Community and radical hospitality. Each of these themes will be gently stirred into the cauldron and cooking pots of our collective feast.
‍

[00:08:46] May we come to eat well, humbly and together, digesting these wonderings, nourishing our worlds and those well beyond ours. Welcome friends, to the end of tourism. I'll be your host and may it be, that alongside the people we interview, you shall be our guests. 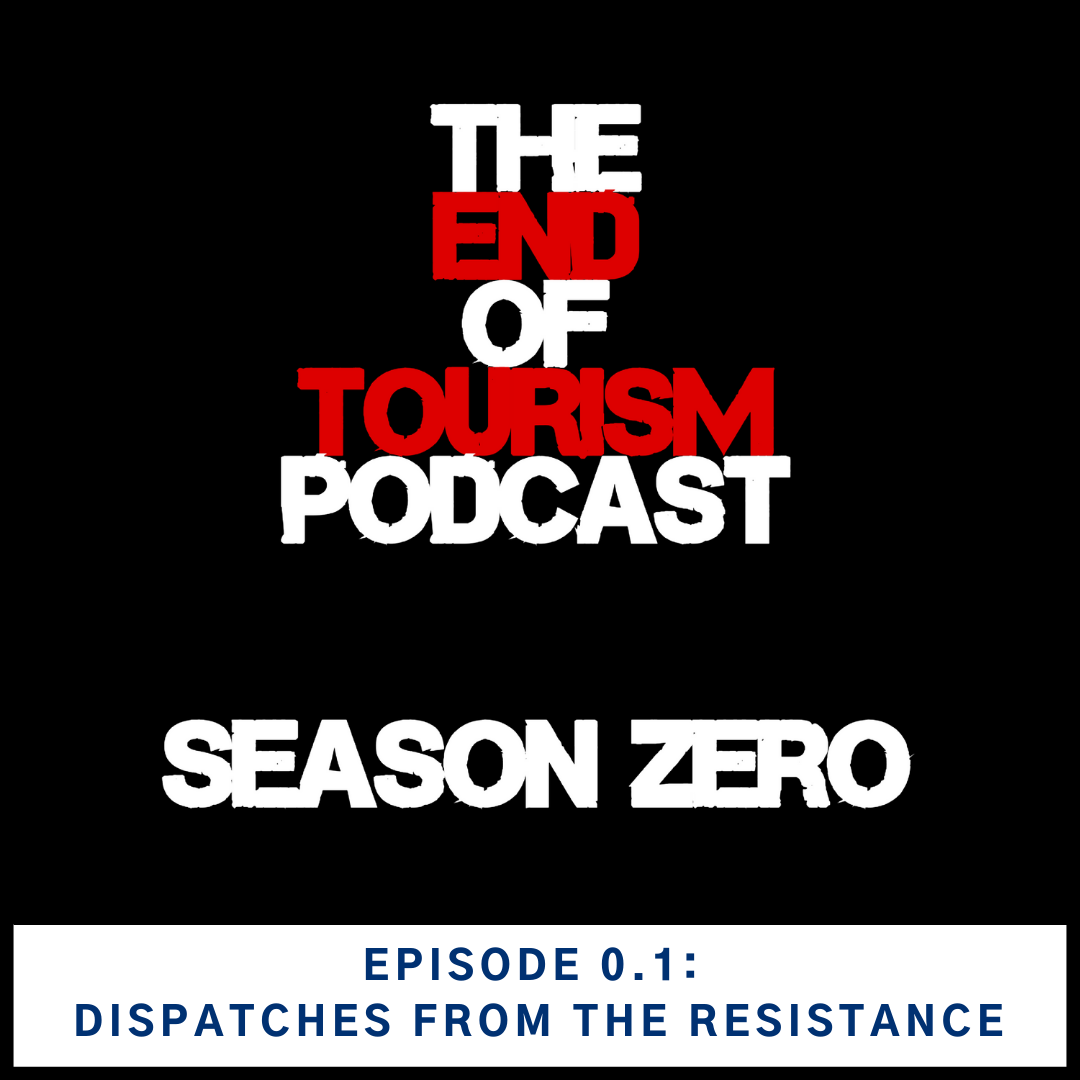 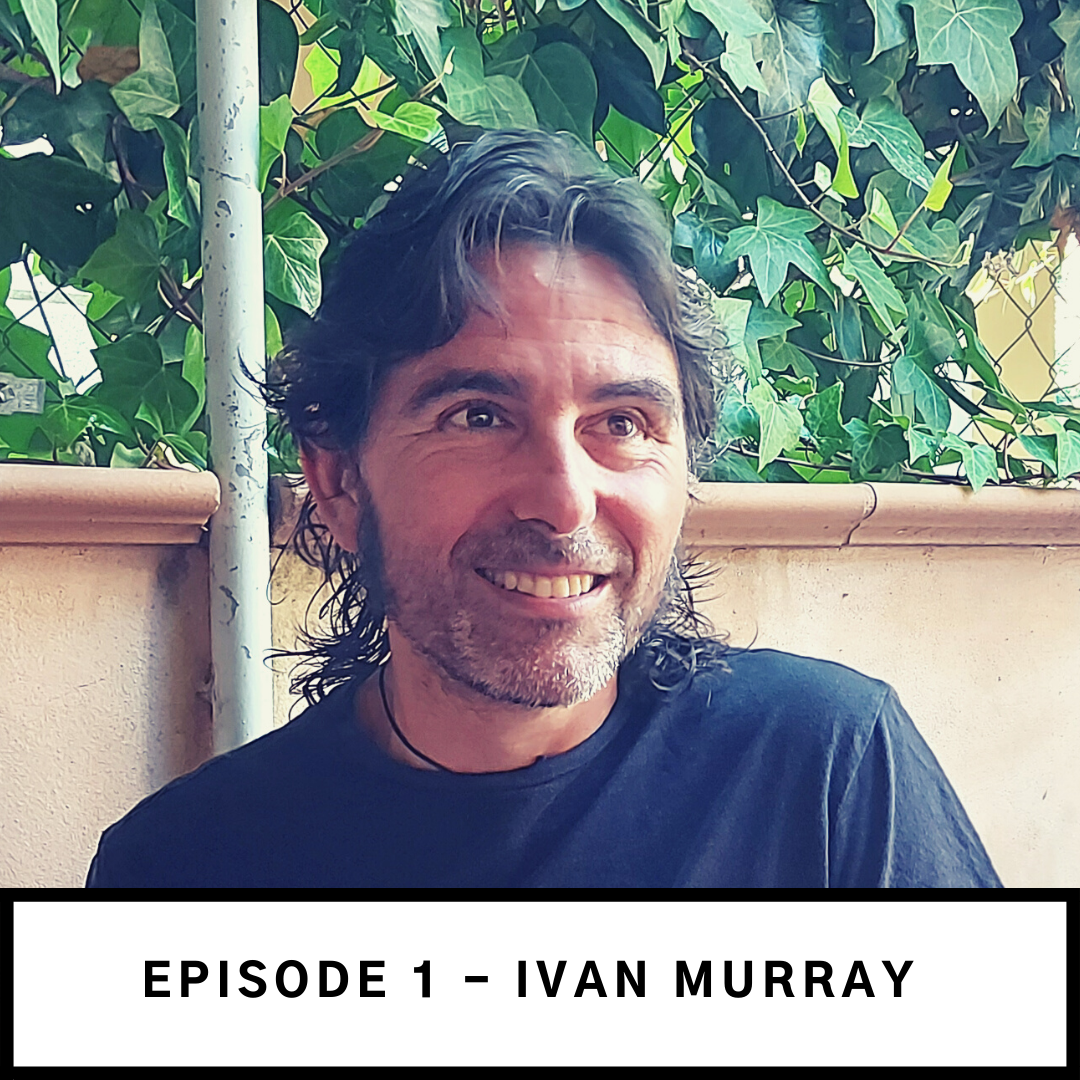 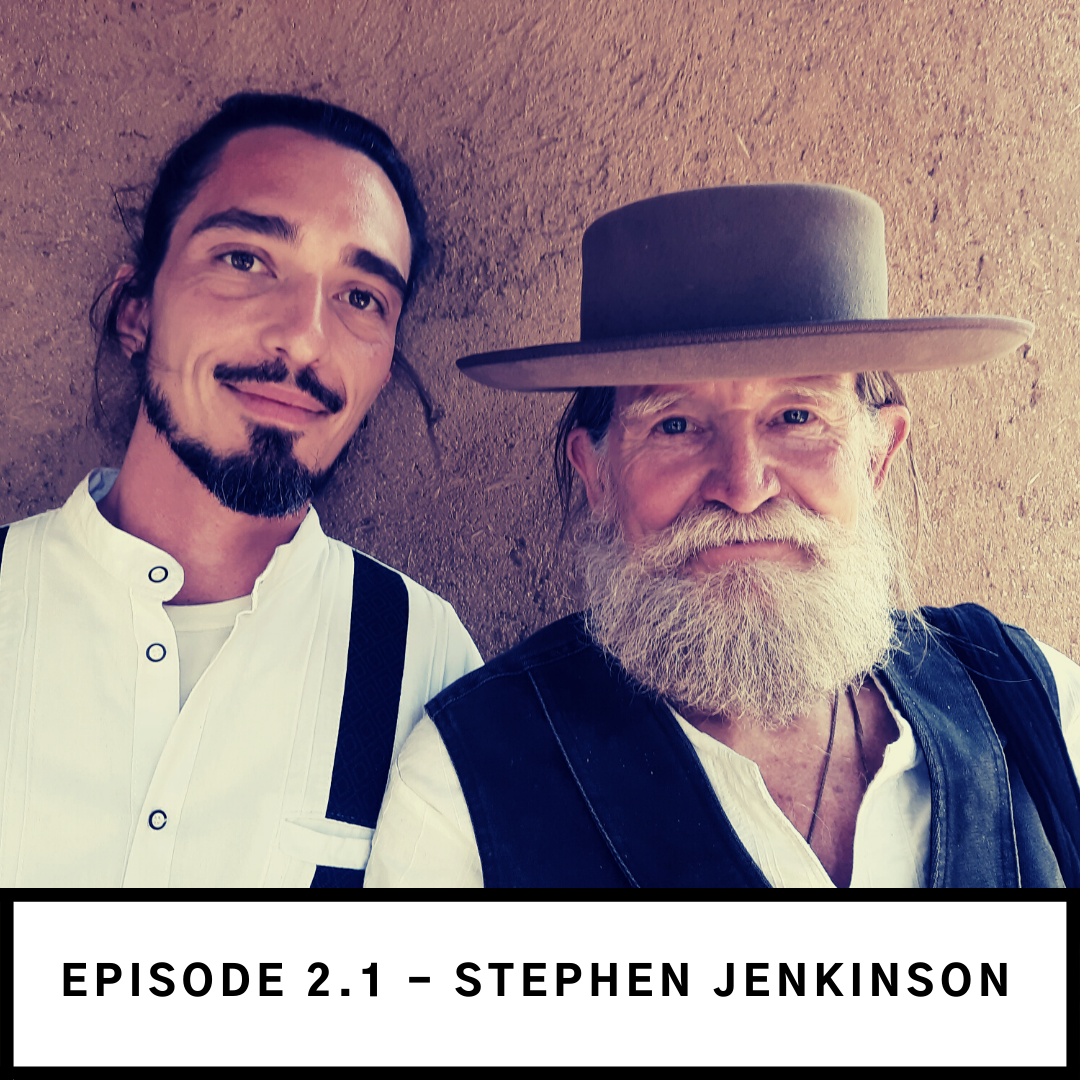 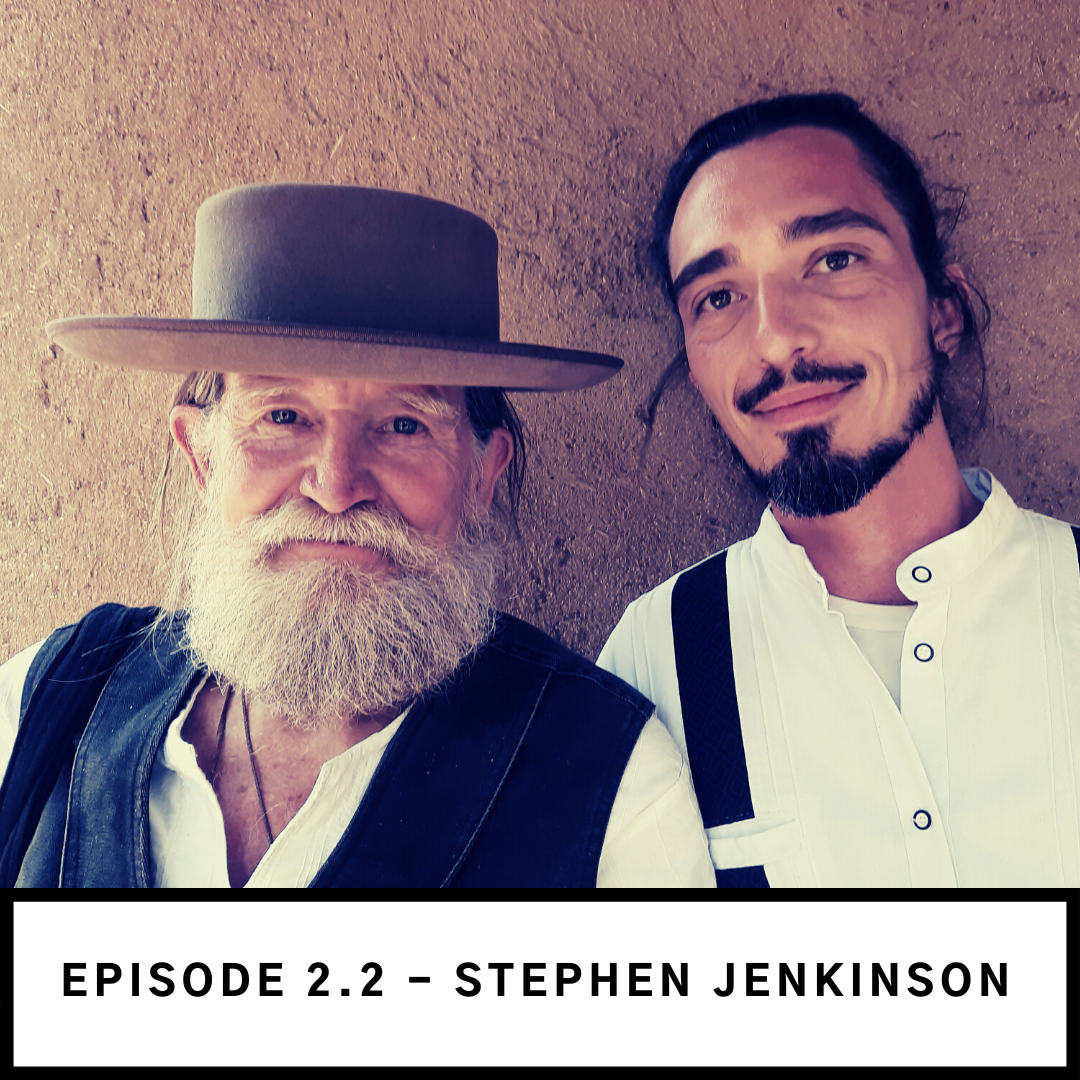 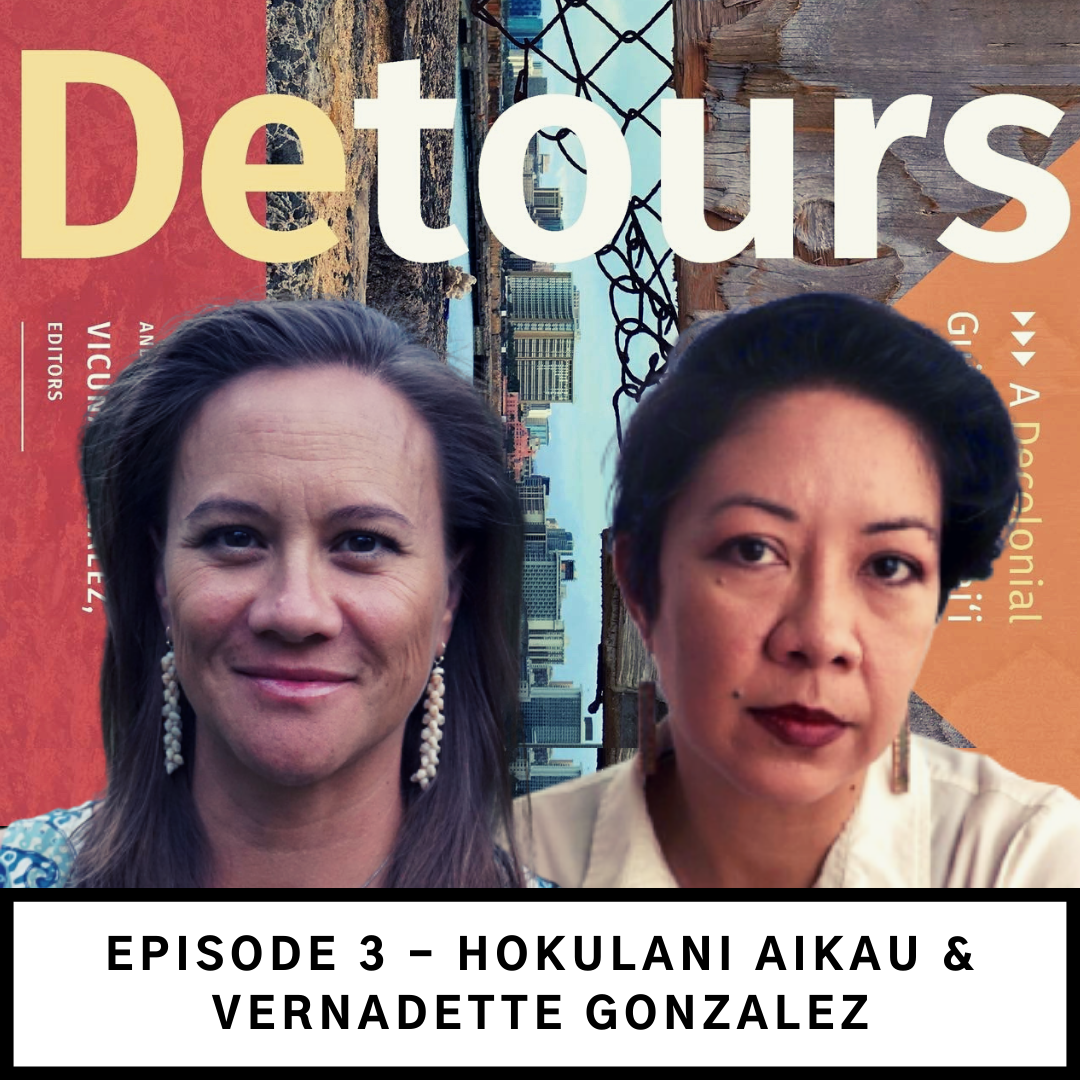 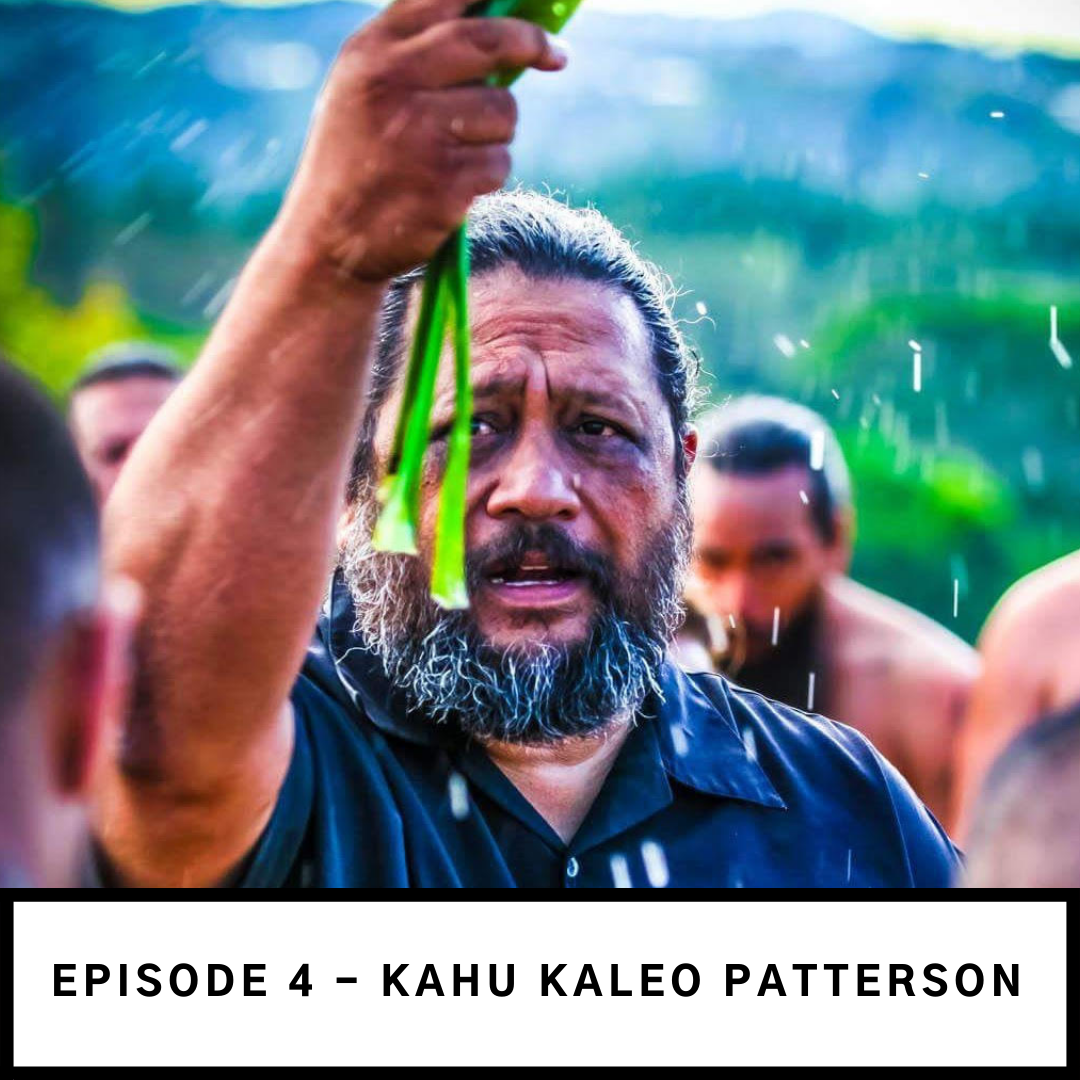 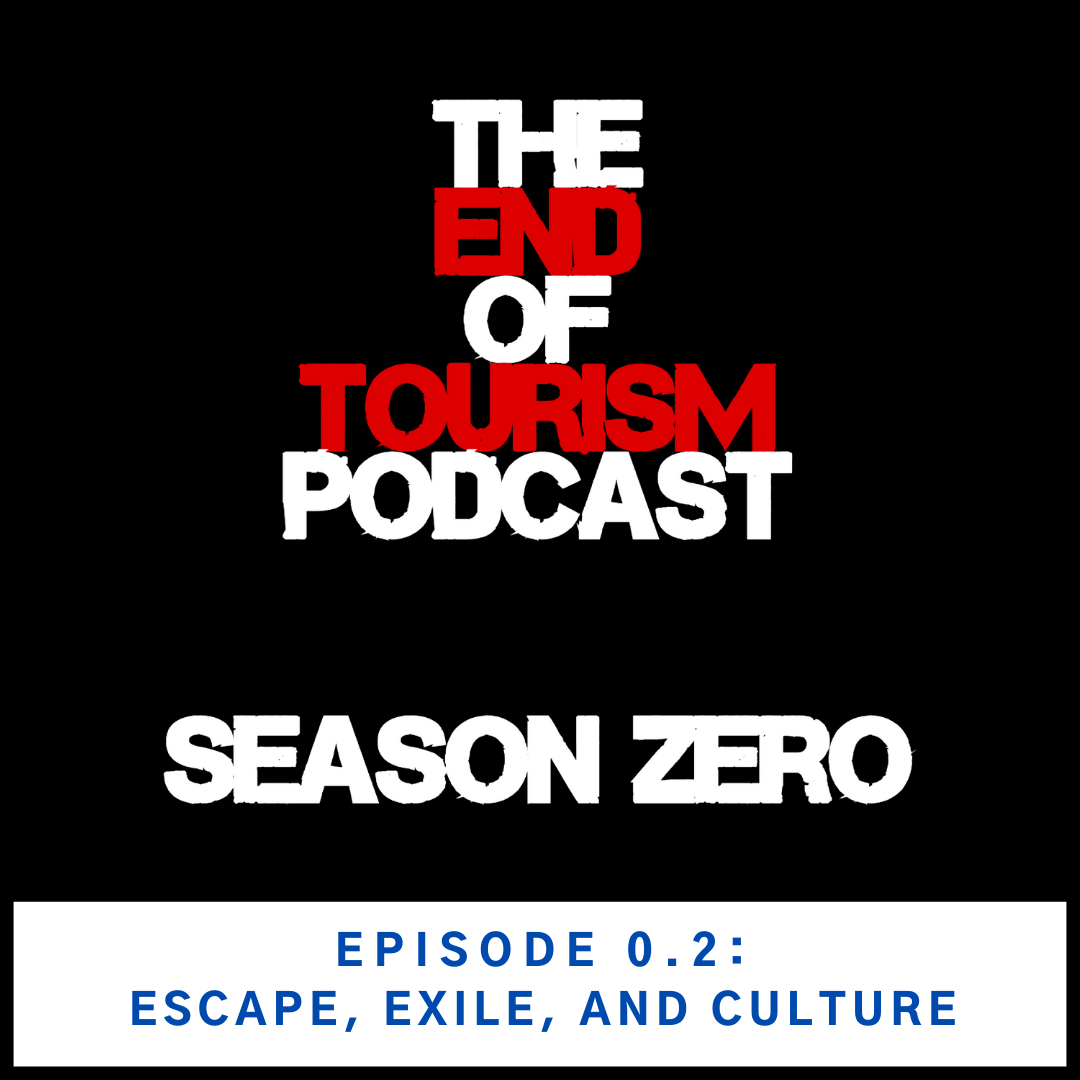 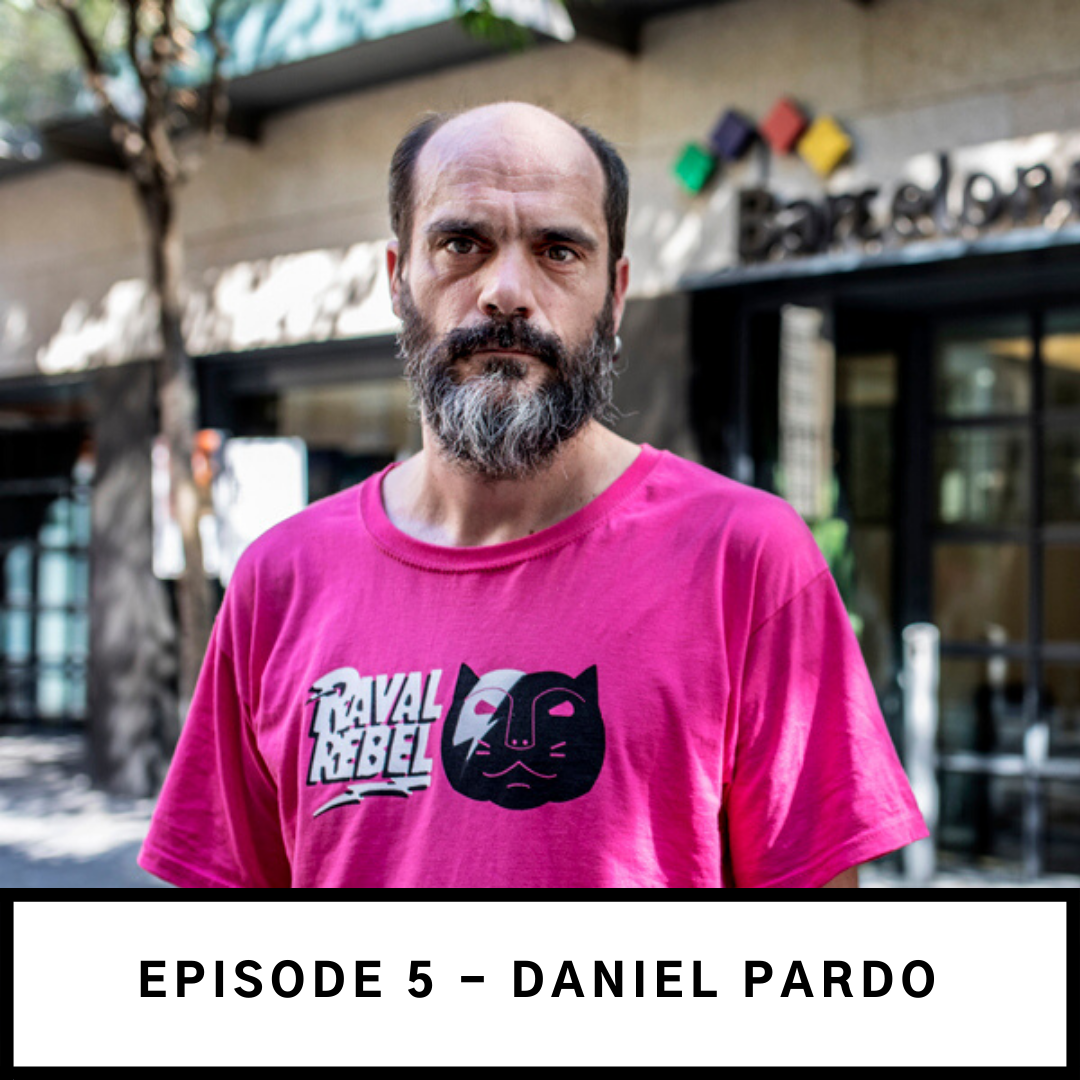 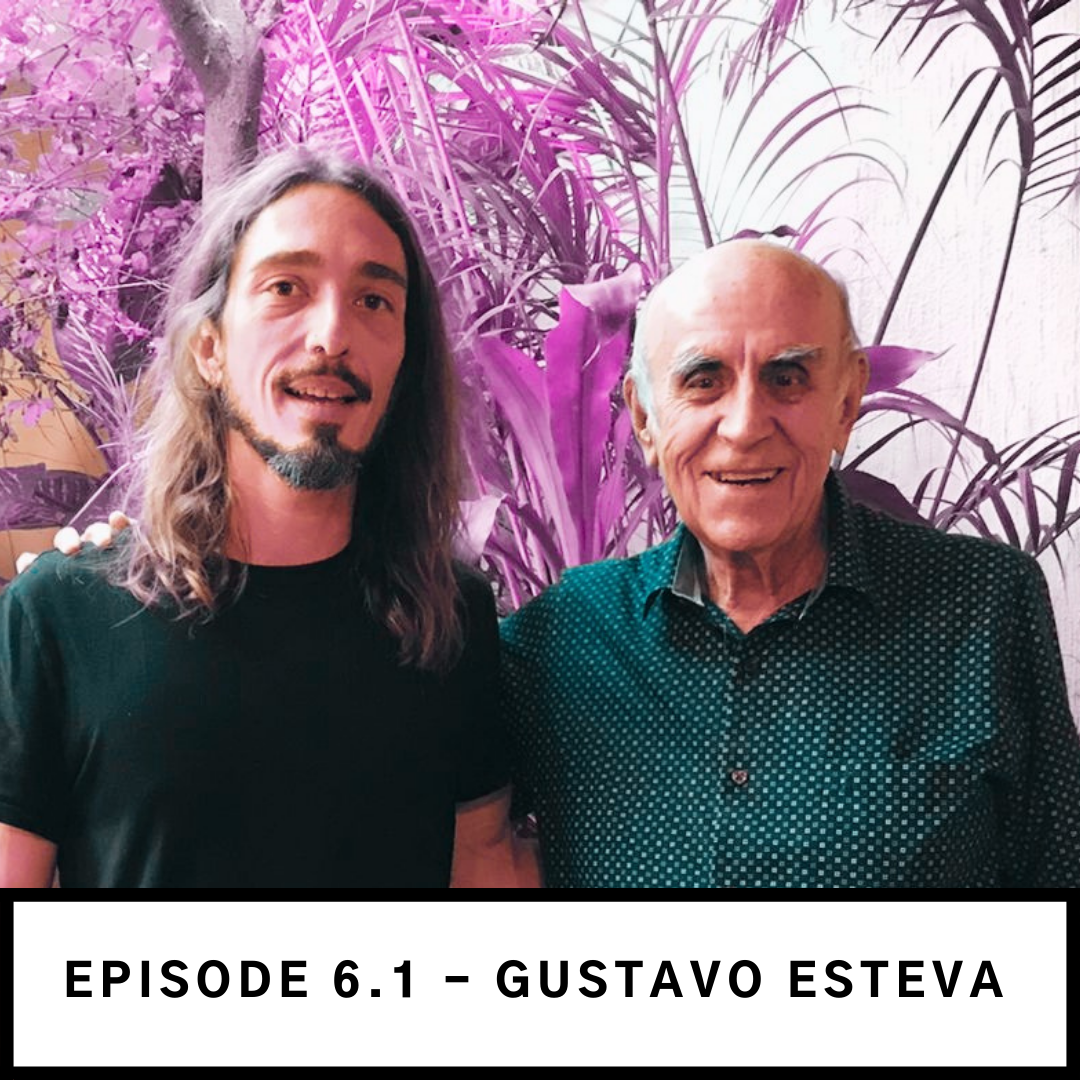 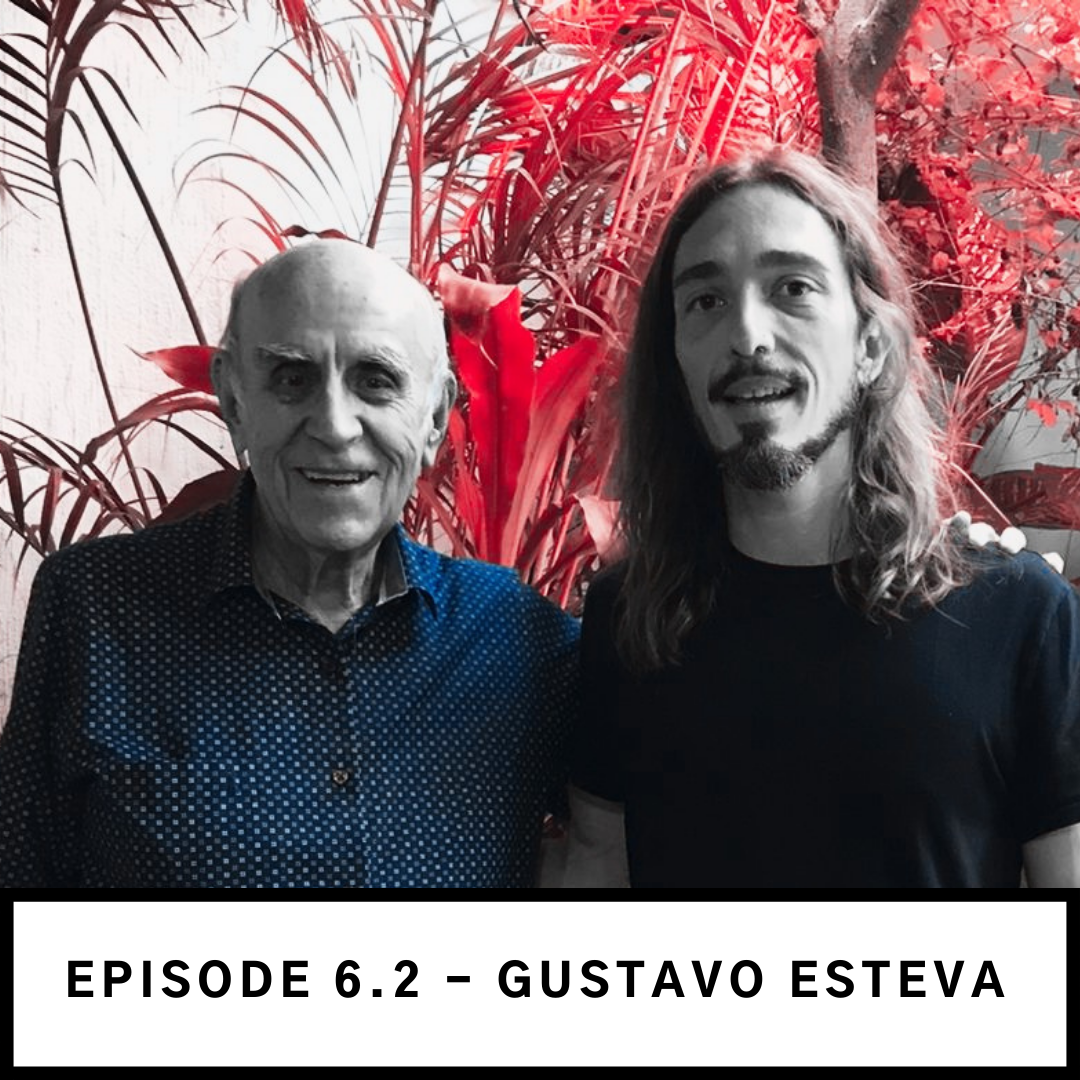 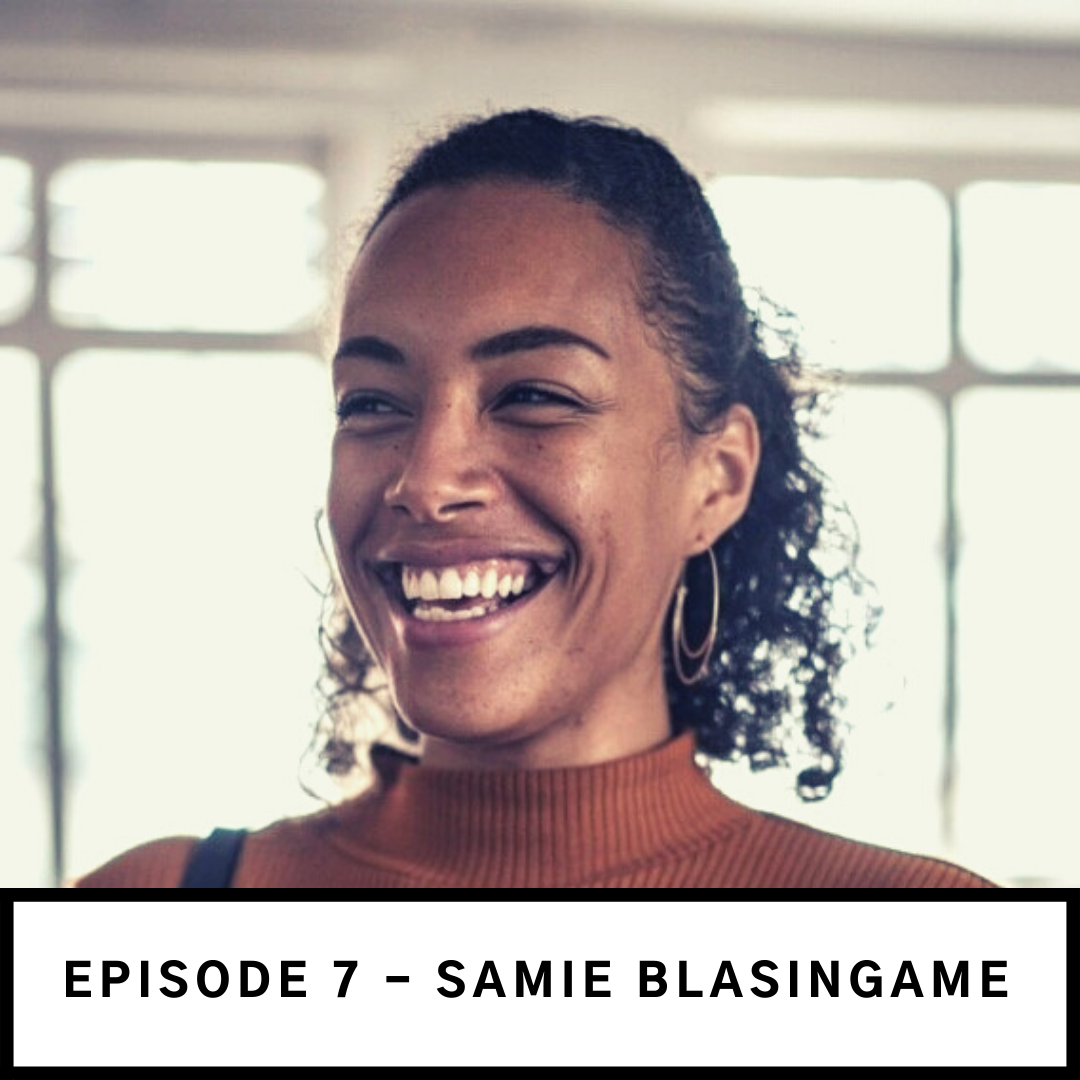 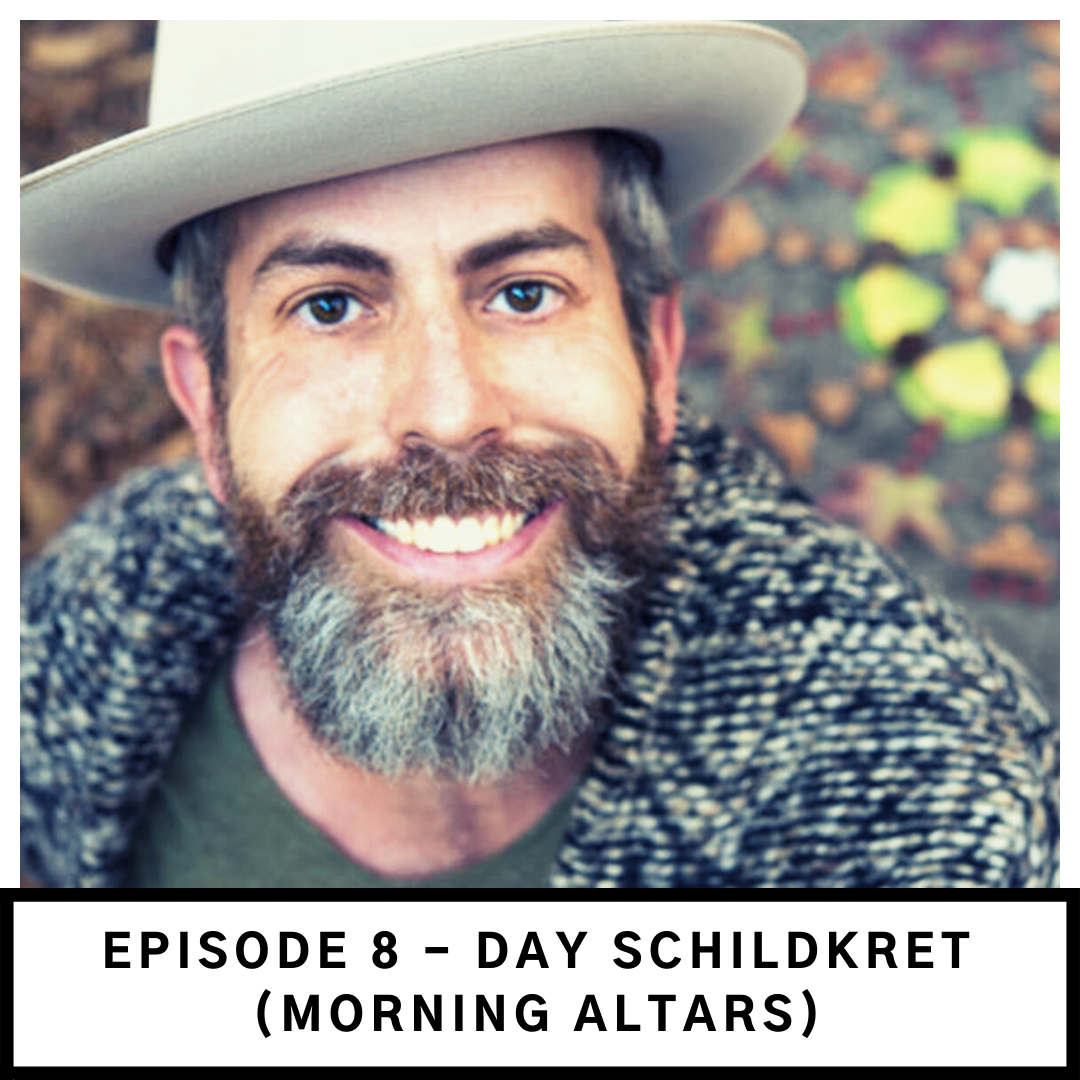 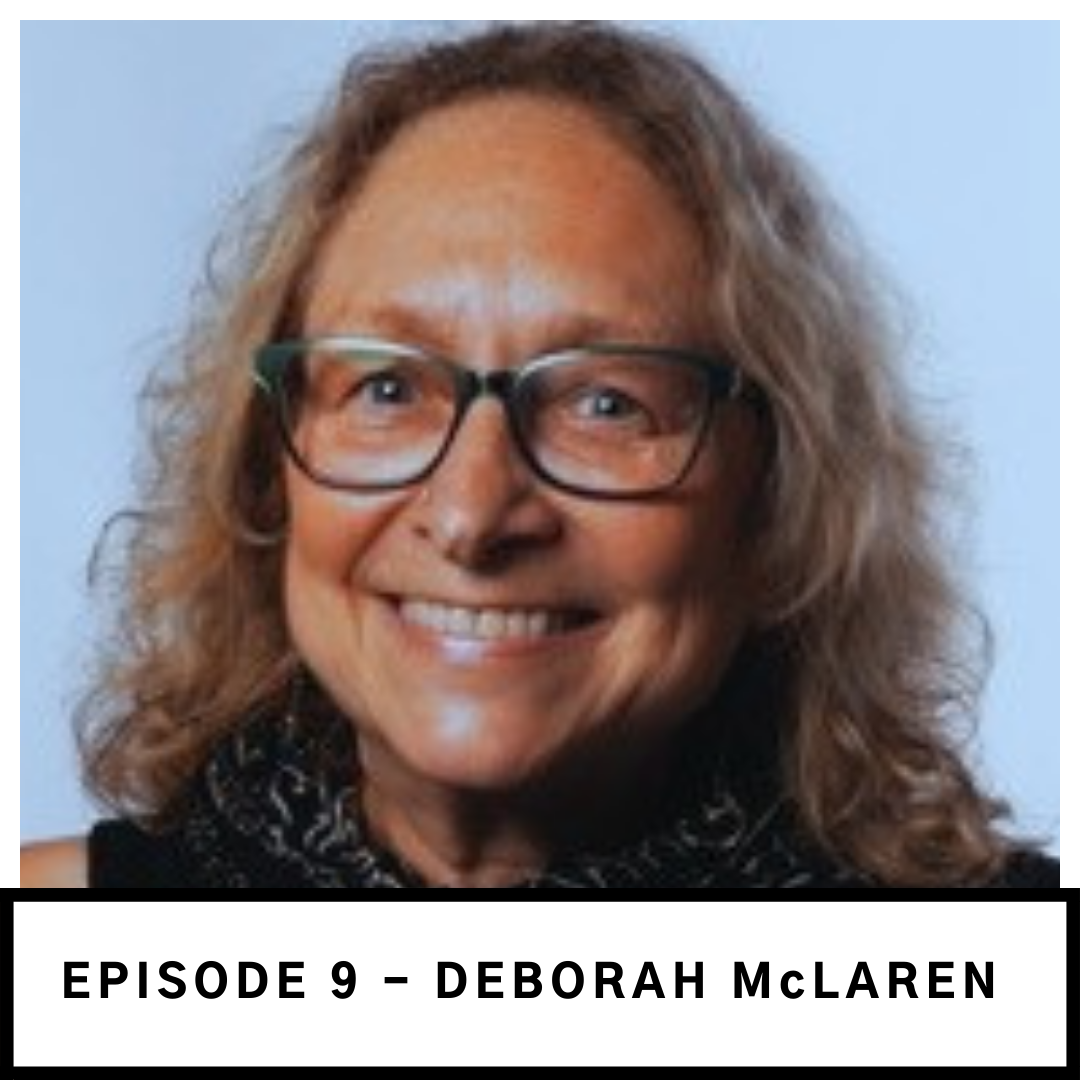 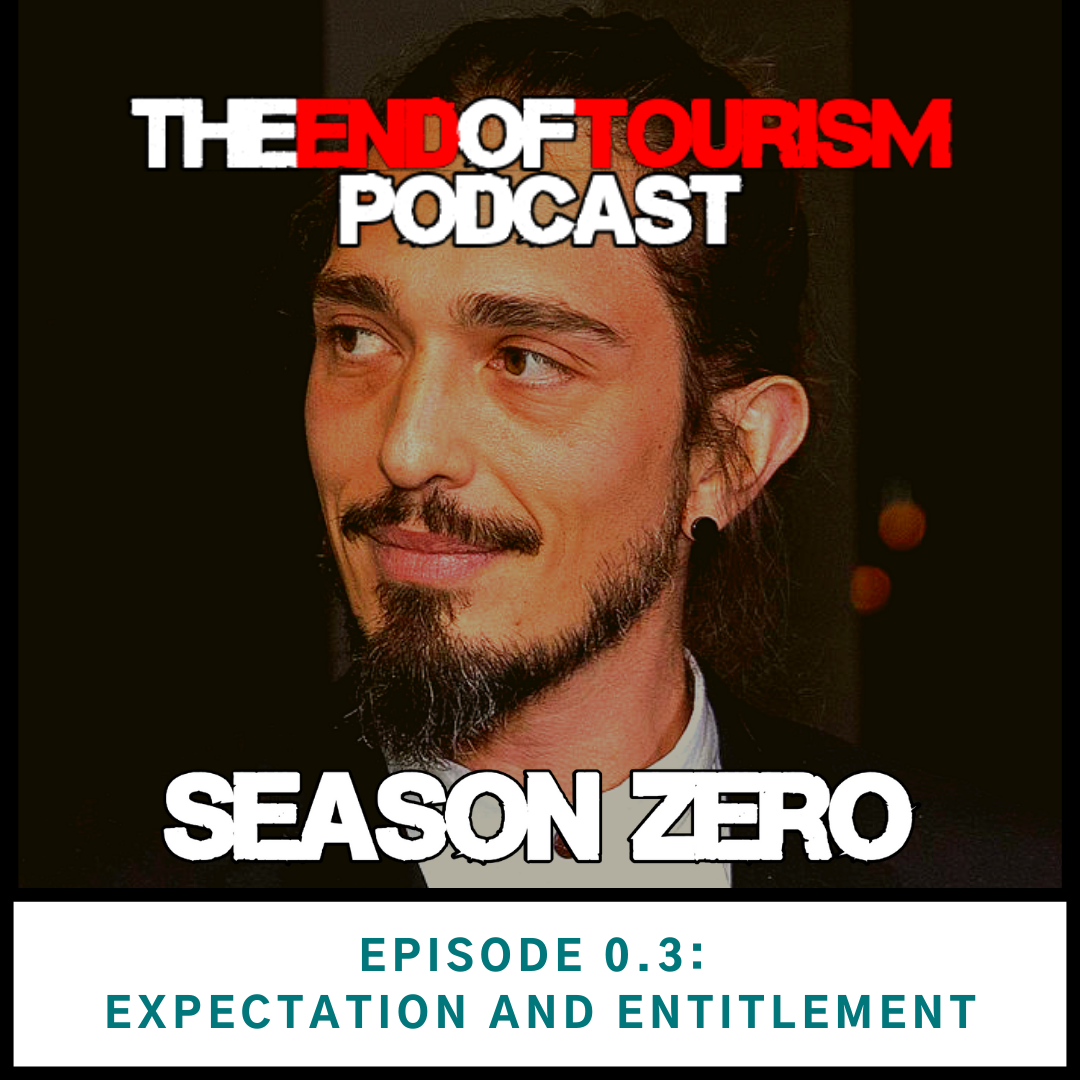 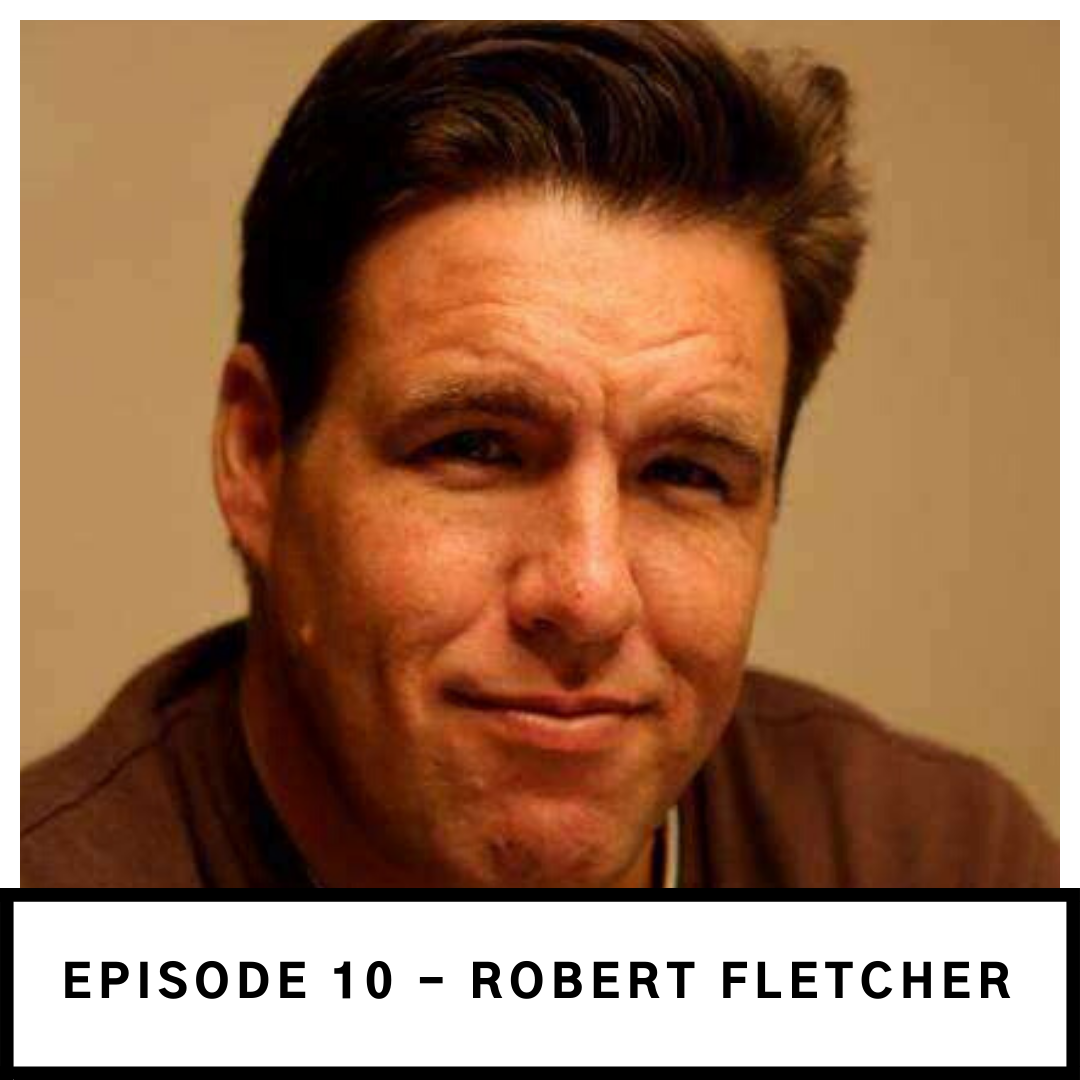 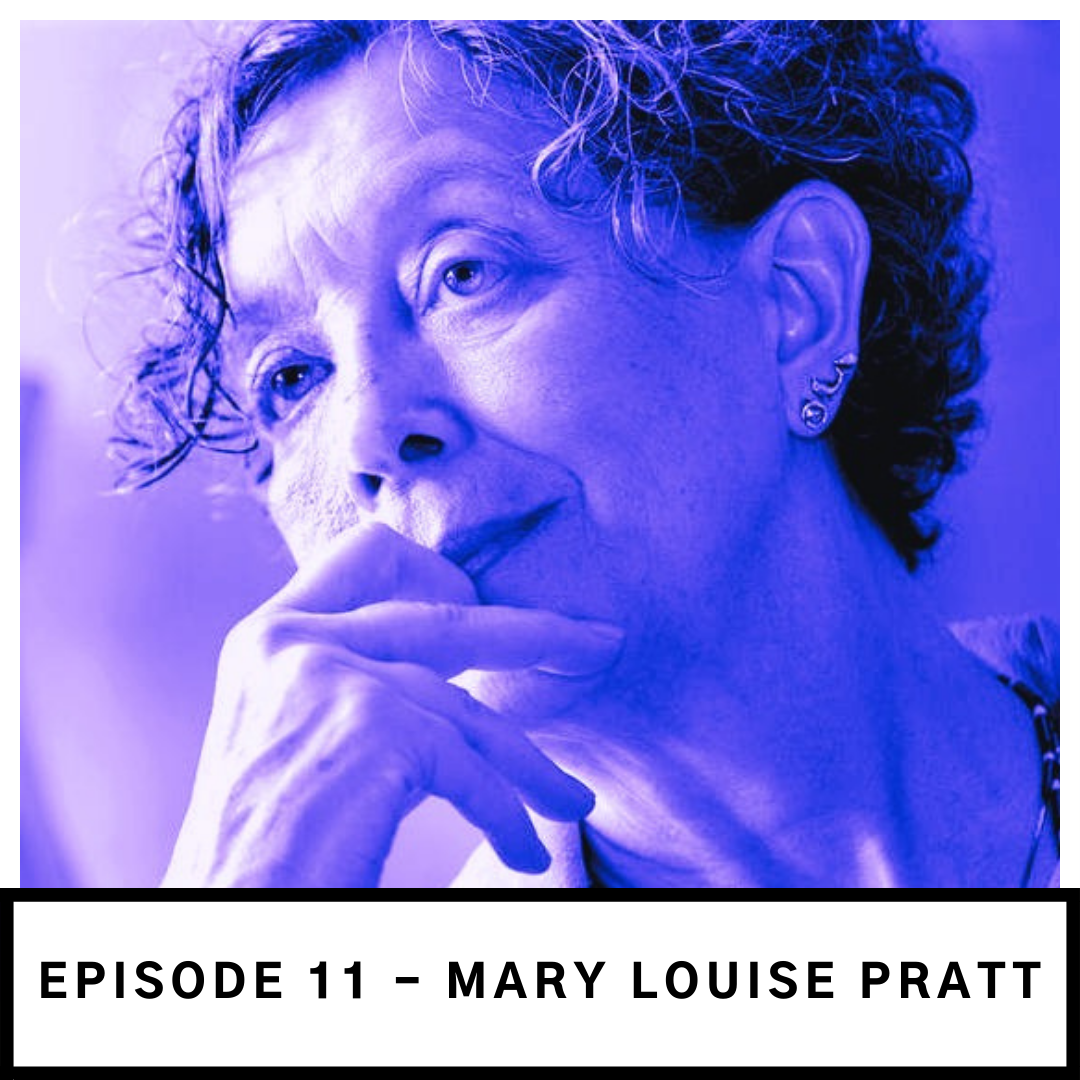 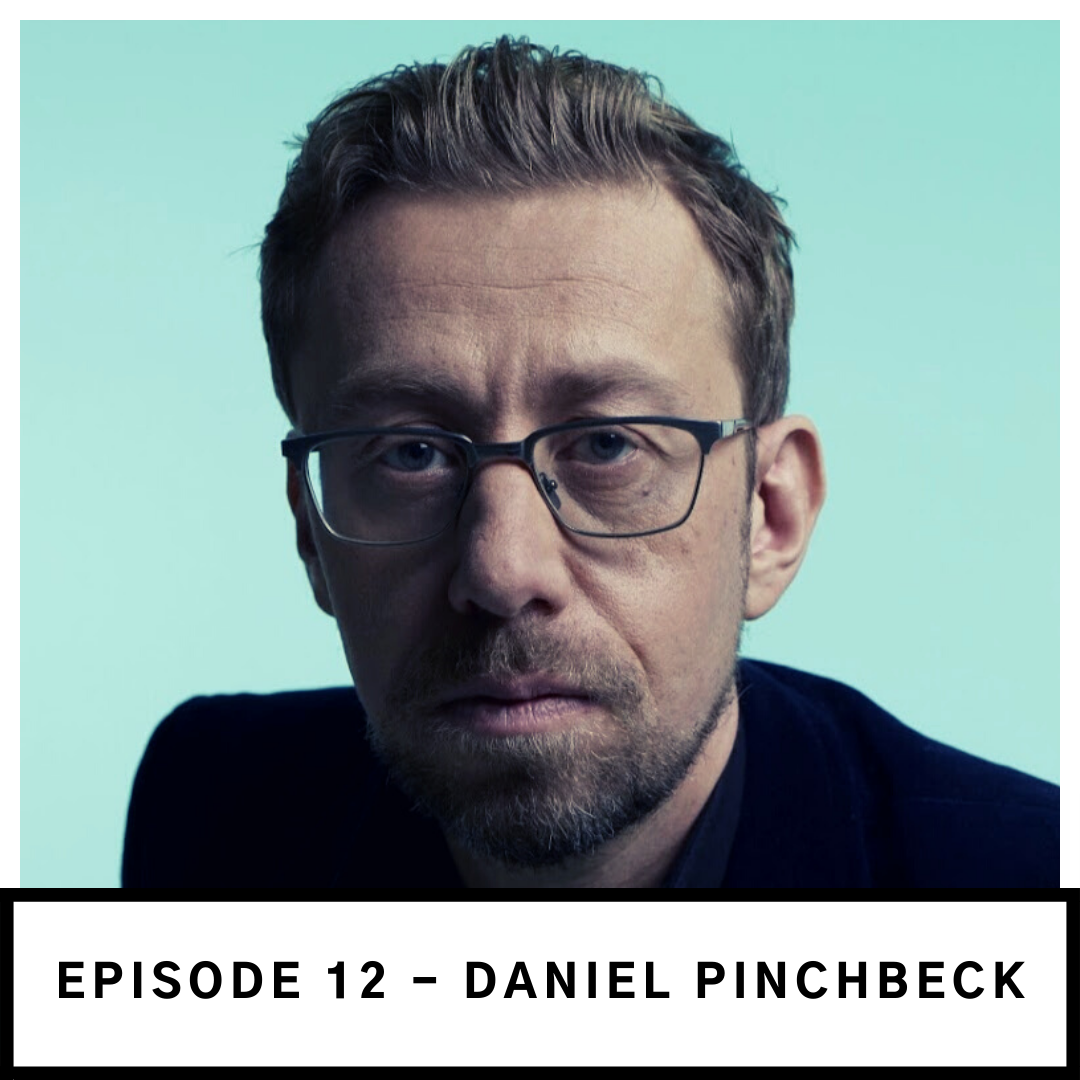 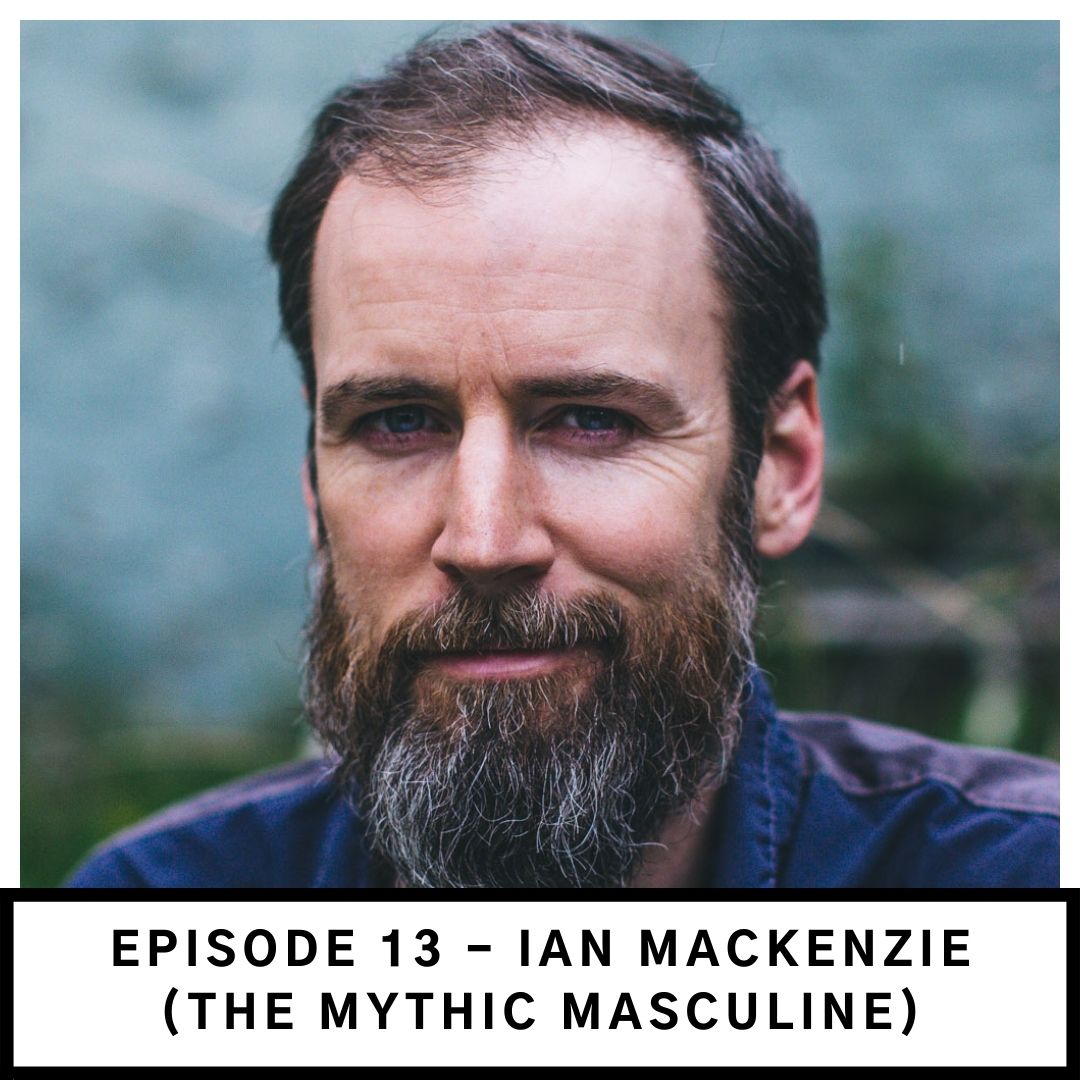 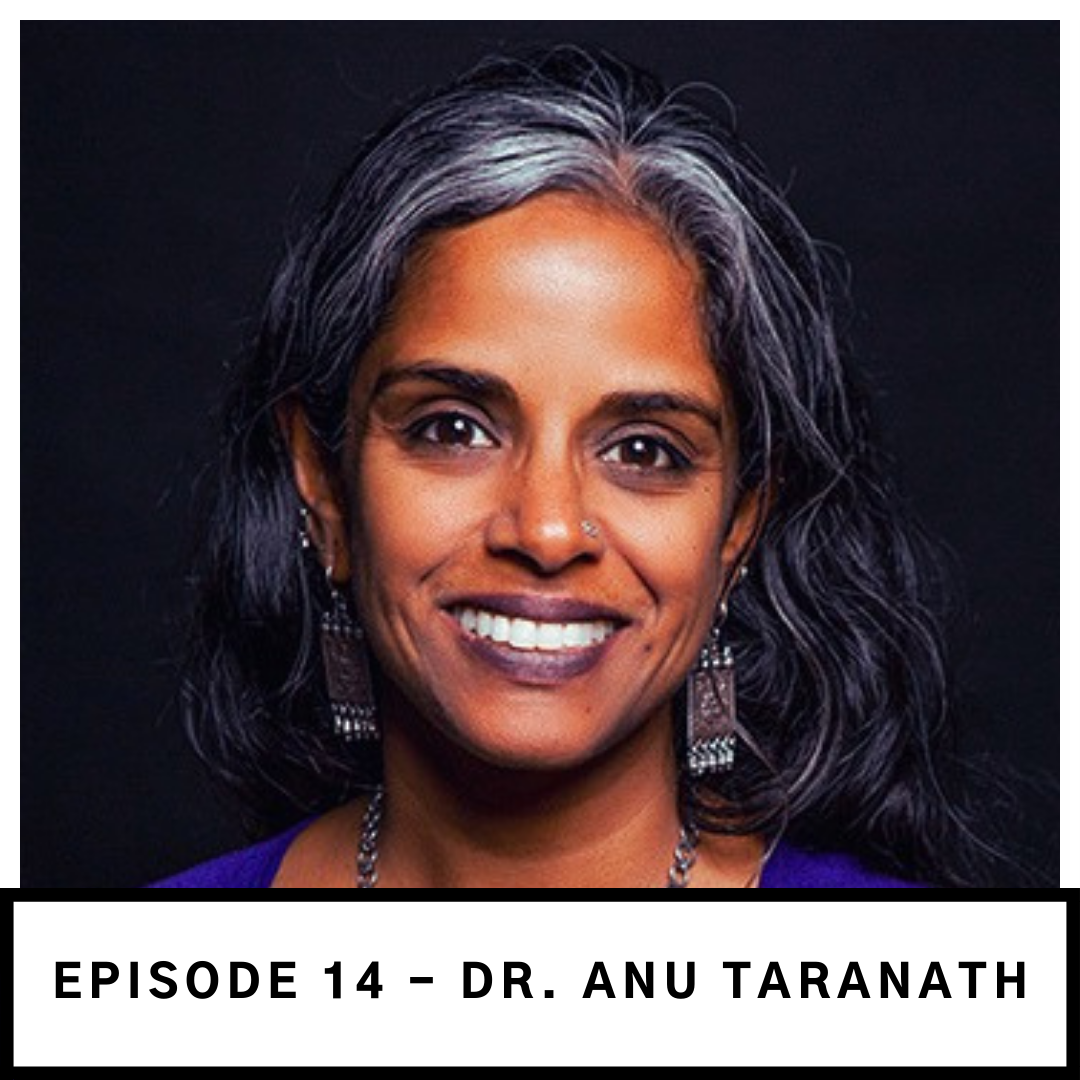 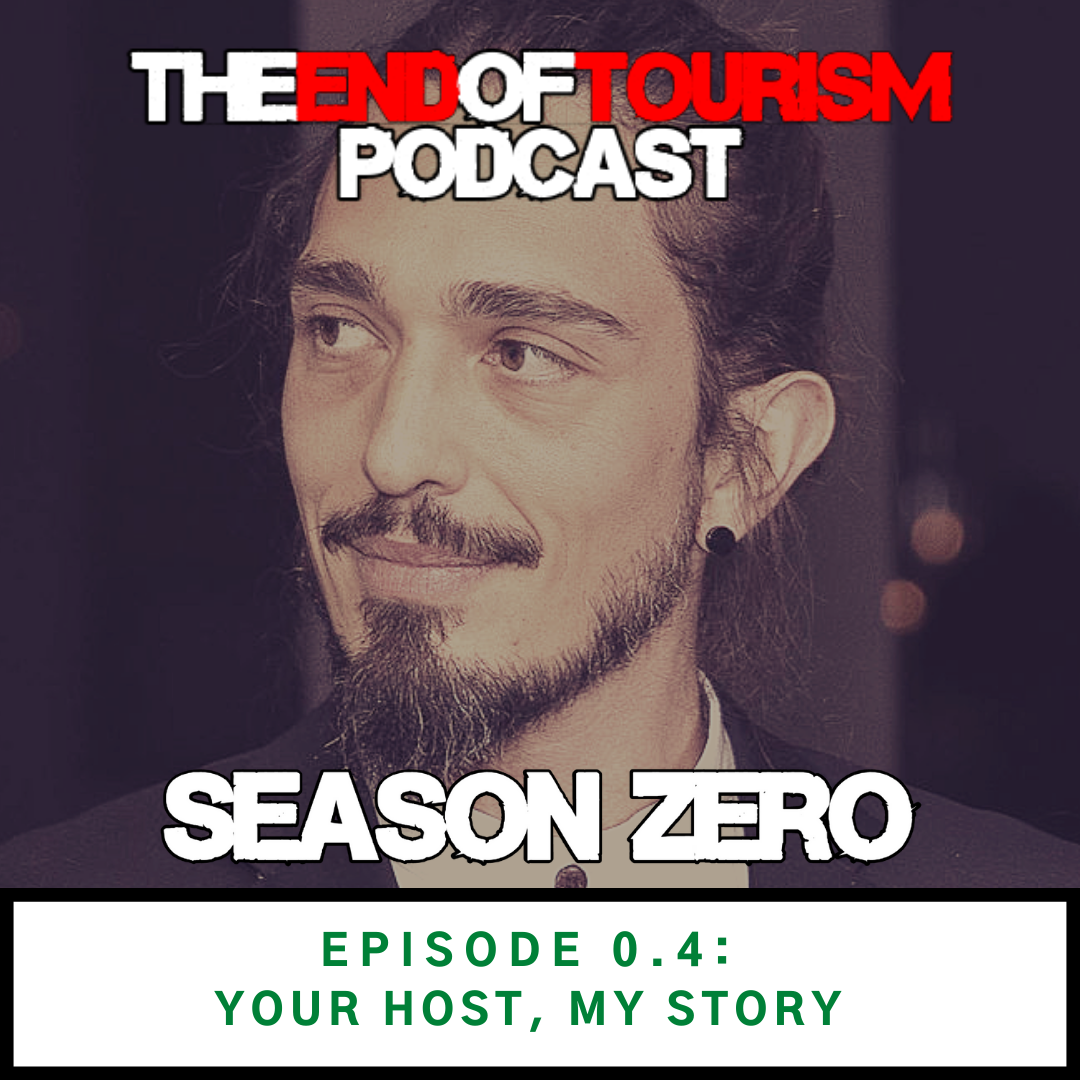 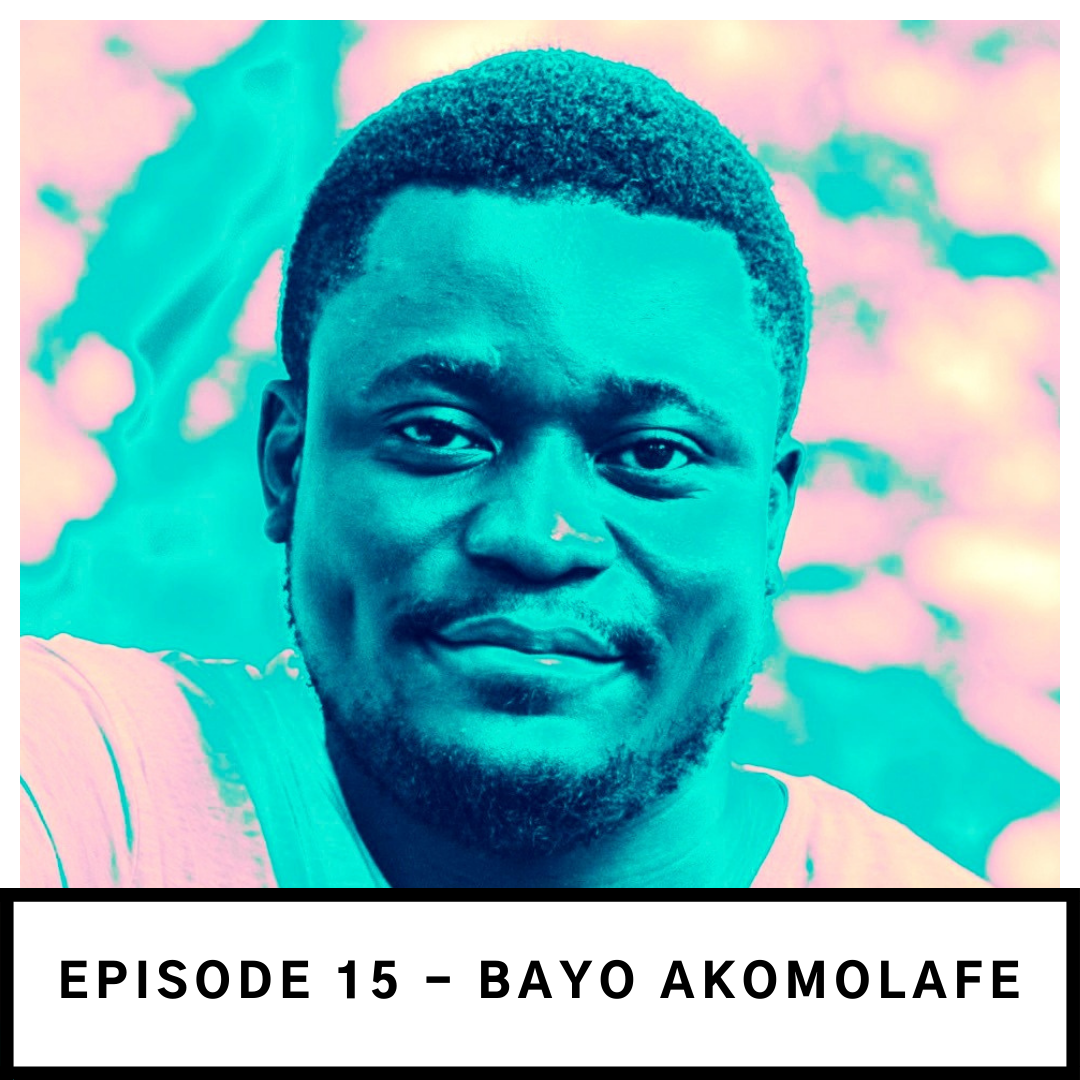